Hey everyone! As you're all aware, I - once again - said I was back and challenges would be posted but that didn't happen. I'm sorry! New things are constantly popping up and every time I think I have time to dedicate myself to modding it's not long before I realize that that's not the case.

It's time I was honest with myself and with you and admitted I simply don't have the time and don't know when I will have the time to run this landcomm the way it should be run.

Because it's not fair to you and because I'd hate the comm to die a slow and painful death consisting of people leaving one by one because the mod sucks - and I do, there's no need to sugarcoat anything - I decided to close it.

I'm sorry it had to come to that, I really enjoyed the amazing work you guys did in challenges, I had lots of fun and I'm honored you spent your time here!

I hope you had fun and I hope that if I ever decide I want to give modding another go - when I'm in a different place in my life and you can have the mod you deserve - and if you're still around these parts, you'll give me another chance.

Until then, I tallied the remaining challenges and I will be posting phase 4 results in a minute.
Final results for phase 4.

I'm sad that I didn't get a chance to do some activities I wanted and present you with some challenges I had planned that were my babies but maybe that will still happen in the future.

Thank you for the most amazing time, everyone! It's been a blast!

Phase Four is here, I hope you're as excited as I am!

Each team has two mods but there are options to add a third one everywhere. Those who modded in the last phase had an advantage, after that I went with people who chose the first answer in the modding poll. We have to have the same number of mods because of the bonus points and two seems enough from where I'm standing but if more than one team of mods tells me they'd like someone else, we can talk about it.

Speaking of modding, I didn't get around to delivering messages from the last phase, sorry, I'll get right on that!

Thanks for the feedback at the end of phase 3!

Couple of notes on things from the poll:
- Several people asked if it was possible to pay more attention to any potential procrastinators when scheduling deadlines for big challenges. Yes, it is! Last phase was a bit awkwardly organized because of the holiday season but hopefully this phase works better for you.

- Thanks for all the notes on gift-giving, keeping them in mind for the next time we do it! Whenever it happens, you'll just have to wait and see.

- The anon meme we included proved what we assumed but still wanted to check - it was a lovely experience but it wouldn't work in a meme form on its own because of its unevenness.

- Puzzleland seems to be a point of disagreement. While some people liked it because challenges were different & we had some less known puzzles, others felt that those unknown puzzles are too hard & time-consuming for the amount of points they are worth. I would be more inclined to go with the first group & keep doing them because skipping a challenge is always an option here and doing 3-4 things over and over can get boring but this phase brings something a little different to puzzleland overall so that will change anyway and for the future we'll consider something along the lines of different point amounts.

- Puzzleland is not the only place that will be a little different this phase. It's good to shake things up a bit every now and then & this phase we're focusing on teamwork a little more.

Hey guys! Just a quick reminder, sign-ups for Winter Wonderland close in 2 days, if you want to join in, there's still time to do it! :)

And remember, End of Phase & Phase 4 Poll is open, too!

Welcome to The Winter Wonderland!

I know there's very little wonderlandy about this winter but maybe we can change that! I know some people are far away in their insane heat and even the idea of winter is remote for you, but maybe this will help you feel cooler!

This mini phase will not be the same as the first one. There is a general theme again, yes. But there are some big differences as well!

The biggest one being that, unlike the Halloween phase, this one will be far more open in terms of what you can use for challenges.

The theme will serve as an inspiration for challenge names and some twists on what we normally have in challenges and some interactive games & other activities will rely on the theme a bit more but your graphics and fic will not need any elements of winter or winter wonderland in them.

I'm not going to say anything else because we're hoping the challenges and twists will be fun little surprises. :)

The mini phase starts on January 31st and ends on February 15th. Yes, it's happening over Valentine's. No, we will not have any typical Valentine's challenges.
You need to sign up by the end of January 29th.

Number of teams and team size will depend on the number of people who sign up but teams will be smaller than usual, no bigger than in the Halloween phase.

However. Teams for the Halloween phases were still heavily based on your regular teams. In order to try to avoid that & to get some mingling, this form is a little different.

If you wish to play, fill this out:


This does not guarantee you will get the exact team you listed - I am only promising some of the people from the fist 2 - depending on how many of them even play and the size of the teams among other factors - and no one from the 3rd question.

Welcome to the official presentation of phase three teams!

There are new faces on each team and new modly faces on three of the teams so I'm counting on everyone to be welcoming. Here's hoping for the best phase yet!

If you are not on the spreadsheet you will be cut from the main comm & your team comm shortly. If you missed the poll or if you change your mind, you are always welcome back, of course!

I am not cutting anyone from subcomms at this time but a clean-up will be done in those in the next few days as well.

Those of you who are now on new teams - you will have invites in just a bit, if you're still missing them later today or tomorrow, please comment, it will mean something went sideways.

Last & certainly not least, before we start a new phase we need to give credit where credit is due - get out of challenge free cards for top point earners from phase two:
partitioning
catko
sparklesdani
dragana_ms
icequeen3101
malicat
Yet again, courtesy of icequeen3101 - thank you, again!

And now? Time to get psyched!

I know, I know, no one likes pimping challenges. But we need them!

You can make your own banner - although this time around there's no bonus points for that, or you can reuse one from the previous phases or simply use one of these:
Banners everyone so generously shared for public use in the last phase:
[banners]
1. 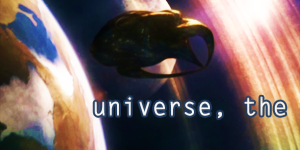 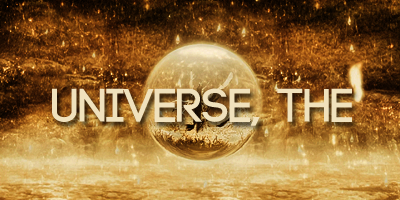 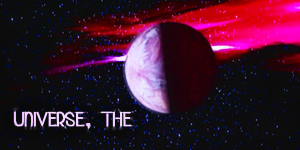 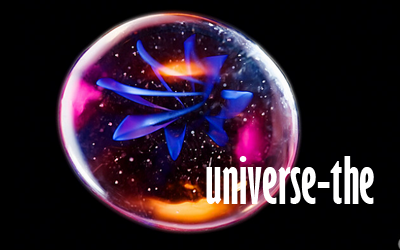 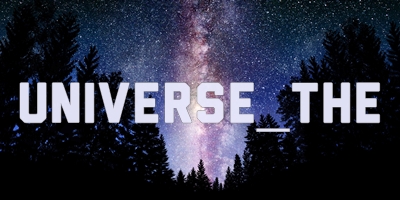 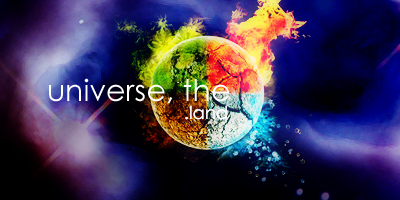 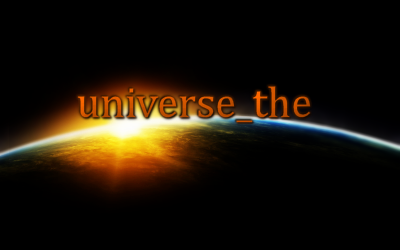 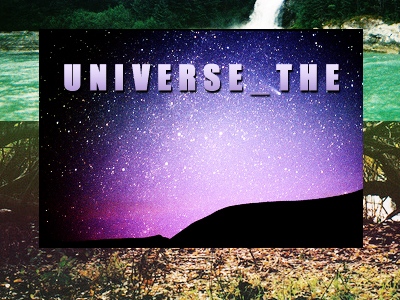 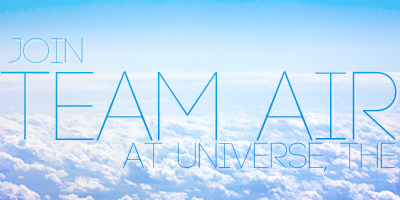 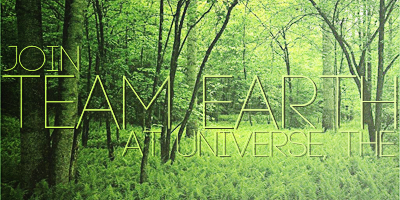 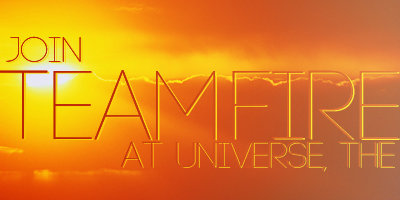 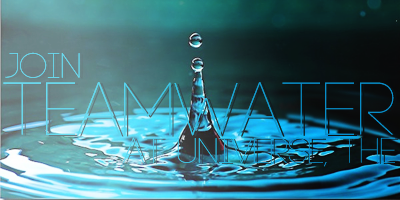 Feel free to link your pimping entries to your team threads from phase 2, if you change teams I'll find you there.

Deadline: end of the phase

Quick reminder - if you want to play in the Halloween mini phase, you need to sign up here!

Teams will be finalized today around 5-6pm ET so you have some 7 more hours to decide. So put on a costume and get yourself some treats!

Quick note: Since I was informed that people never got their Apples to Apples PMs at a point where I had to make the entry or you'd run out of time to play, the challenge was canceled. We'll do it next phase. Everyone who participated got their 10 points & everyone who ends the phase with 1190-1199 points will get the point cap bonus as they would have reached 1200 if this was finished. I don't know if anyone will be in that range but if someone was counting on those points, no room for panic!


Speaking of panic -
Are You Ready to be Scaaaaarrreeed?

As I mentioned, we're having a mini Halloween phase from Monday, October 21st to Monday, November 4th. After that there will be a short break and phase 3 will start on the 10th of November.

I'm putting this up today even though phase two isn't over because I want to give you the whole weekend & a little bit more to sign up for the mini phase.

You are not required to participate in the Halloween phase in order to stay in the community for phase 3. This is just a low-key thing we're doing over the break between phases 2 and 3. Official poll will be there before phase 3 for you to fill out regardless of your participation in the mini phase.

This will work differently, too. You're getting new, smaller, temporary teams, the challenges will be smaller - everything in some way related to Halloween - and the social aspect will be a bit more prominent.

Teams will depend on the number of people interested. You are not asking to be put on a specific team - you are asking to be put on the same team with someone. Put 3-5 usernames of members of the comm and I'll try to accommodate everyone as much as possible but - obviously - I'm not promising everyone will get everyone they ask for, I'm only promising at least one person from your list. If you wish, you can simply say you don't need to be with anyone specific and you will still get a team.

Team names will be Halloween themed so if there's a particular magical/monstrous being you are uncomfortable with or you simply loathe let me know so I can put you on one of the other teams if that happens to be one of the teams.


This shouldn't be your only reason to sign up but it needs to be mentioned - there will be several small bonus rewards & awards for individuals to take to phase 3 - nothing big, less than for reaching the point cap in a regular phase.


Simple form for you to use:

Your task is to create a reality show and have fictional characters participate.

What you need to do:
1. Name your reality show
2. Describe it in 1-3 sentences
3. Have at least 8 fictional characters - up to two from the same fandom, no more - participate. For this part, you have several options and you only need to do one:


You may not mix&match and these are the only options.

If you for whatever reason cannot or don't want to come up with a reality show, you can do only step 3. for partial points. For example, you can simply put 8 characters in the Big Brother house and do picspams or gifs or auditions for them for 45 points.

Please post your entries elswhere - your journal, your fic/graphics comm or satellite_the and link them here.